A downloadable Helicopter theme game for Windows and macOS 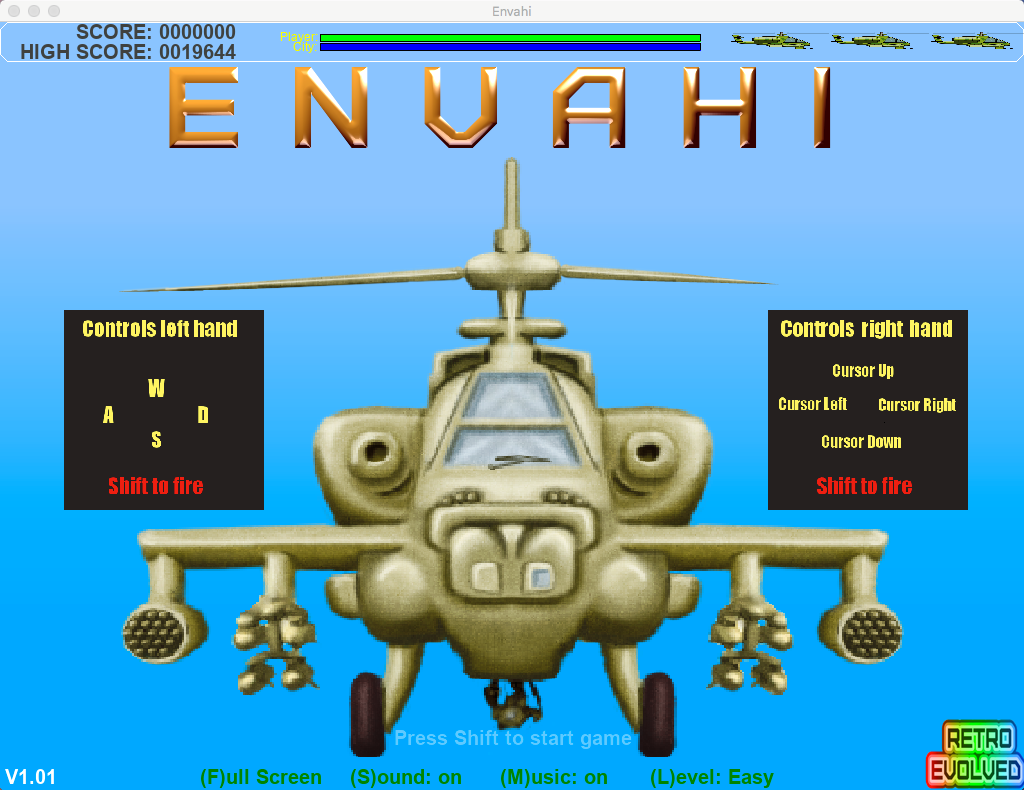 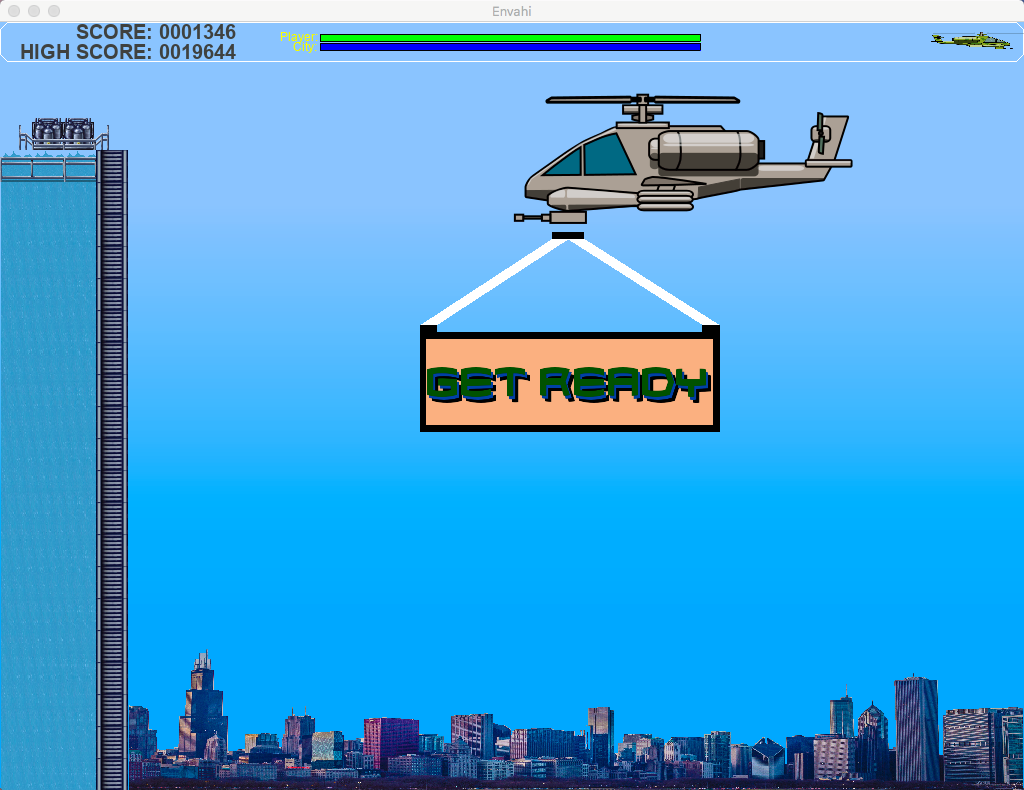 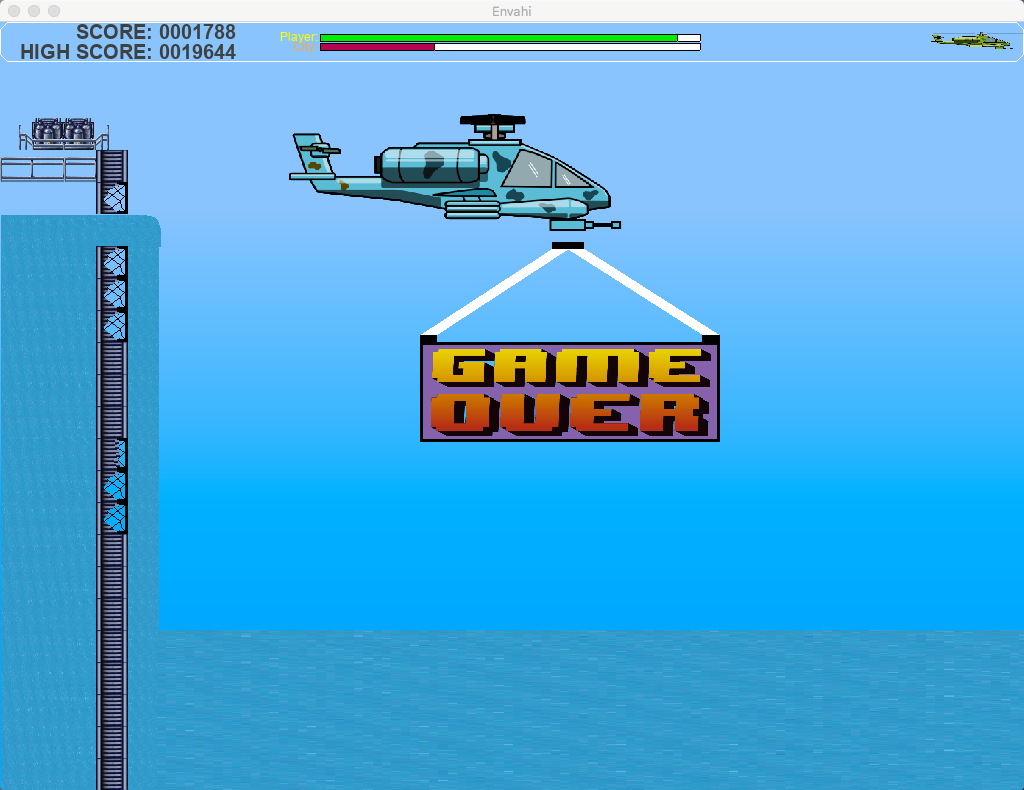 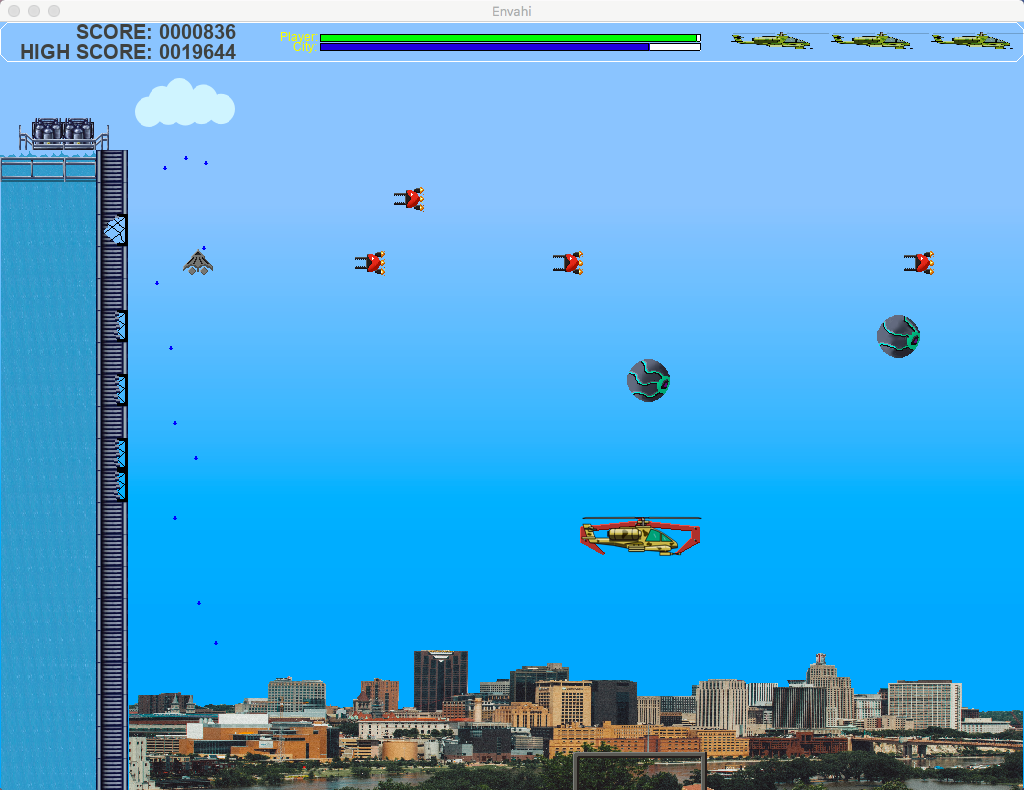 Remake of the original Vic 20 game shown in this video:

This game is freeware and and it was written for the Syntax Bomb coding competition 4: https://www.syntaxbomb.com

I give full permission to distribute anywhere and everywhere but I retain the copyright and reverse engineering the game is not acceptable.

Either Shift key to fire.
W or Cursor Up - Up
S or Cursor Down - Down
A or Cursor Left - Left
D or Cursor Right - Right

Save the city below by taking on the aliens attacking in the sky over the dam. Your job is to protect the Dam from being eaten by the “Nibblers” that move across the screen as well as preventing invasion of the city by either the “Zoomers” or the “Droppers”

UFO’s move across the screen and are indestructible. They will spawn “Droppers” as they move from left to right and then will later come back for another pass over the city.

Zoomers also appear randomly and will traverse the screen left to right as quick as they can move down to try and invade the planet.

Additionally you should watch out for the clouds and their acid rain that can spill in light or heavy showers. Usually it’s worth sacrificing your own shield to save the city but definitely shoot them out of the sky as soon as possible.

Periodically you will also see a “Grabber” who will announce his presence and try to lift you off the screen so that the city is defenceless.

I blogged a lot during the development of this - and other games I’ve been working on. You can read about it , if you’re interested, at my homepage: http://blog.xerra.co.uk/

Updates and other games will shortly be available at: www.retroevolved.co.uk 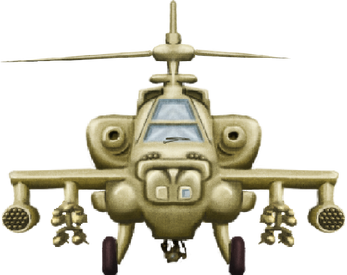