Important notice for Mac players who are using O/S Catalina or greater:

You will need to pass the app from being quarantined before you can play the game.

Unpack the Tommy Gunn zip file.
Use finder to move "Tommy Gunn.app" to your Applications folder.
Do NOT start the game yet, or it will be quarantined!
Open terminal and copy/paste the line below then press enter:
sudo xattr -r -d com.apple.quarantine "/Applications/Tommy Gunn.app"

You can then start the game as normal. You will only need to do this once.

Use keys WASD or Cursor keys to control Tommy.

Space to fire and you can press P to pause the game.

You can also use either an Xbox or PS4 gamepad instead, if you prefer.

In 2057 construction begins on a dish the size of France just outside of the moons orbit. Its purpose is to defend against a recently more aggressive spate of solar flares coming from our sun. These flares are becoming more frequent and powerful, and the world powers are convinced they  could potentially hit Earth. Thirty-Six of the worlds leading scientists are deployed onto the Templar moon base to oversee this construction, and to ensure the initialisation of the device goes correctly.

Cyber terrorists from the faction known as “Syntax Bomb” take advantage of this situation to kidnap all the scientists and move them outside of the current timeline using banned time-travel technology. Their objective is to negotiate a pardon for previous crimes, as well as a personal payment of 10 billion dollars. With signs of more aggressive flares erupting from Sol, it’s widely predicted that time is running out for the planet, and the device is still not online.

The world council employs its best agents to scour the globe searching for clues to track down the leaders of this mysterious faction and force them to return the hostages. Unfortunately there is so little information known about “Syntax Bomb”, and its tyrant leader, known only as “Qube”, that a plan B needs to be put in place.

Commander Tommy Gunn is recalled into active service and the world councils time travel device brought back into operation. Due to the nature of time paradoxes and the fact that the machine can only travel backwards, there are limited actions that can be taken without causing unpredictable paradoxes, so the world council rule out the obvious tactic of eliminating “Syntax Bomb” before they become a threat and decide on a plan to minimise any big changes to the timeline.

It is decided that the best course of action would be for Tommy to go back to 1985, where the scientists have been tracked, to acquire a helicopter, rescue all the scientists from the different zones and return them to the current timeline.

As Tommy enters the machine for deployment back in time, a large asteroid storm enters the moons orbit. Mercury has been blasted with a powerful flare and has thrown out large asteroids from its surface into space. The flares have started and it’s just a matter of time before one hits Earth.

If Tommy can not complete his mission then Earth will fall to an Extinction Level Event.

Tommy Gunn was written in the space of nine weeks for the Syntax Bomb "Go Nuts!" competition. It's the first time I've created a platform/shooter game so I wanted to shake up the mould a bit. There are four distinct zones in the game and level three is deliberately different, just to break up the platform hopping and do a run/shooter instead.

Please rate my game if you like it. Your support is much appreciated. 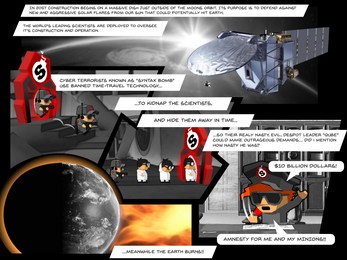 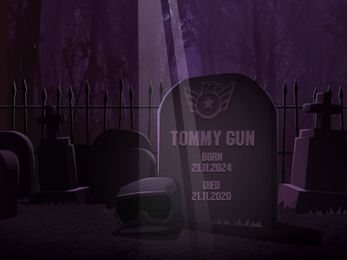 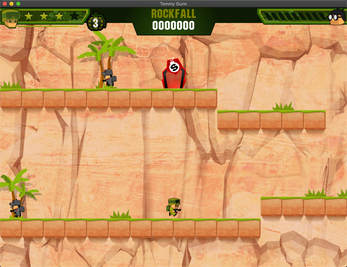 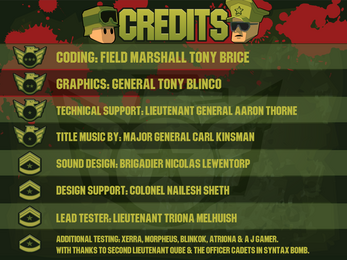 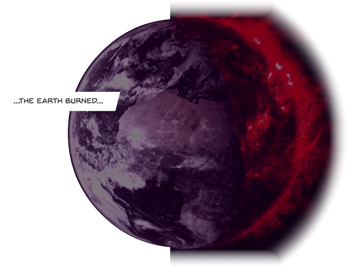 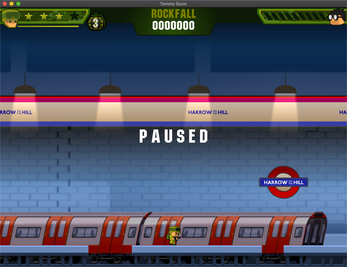 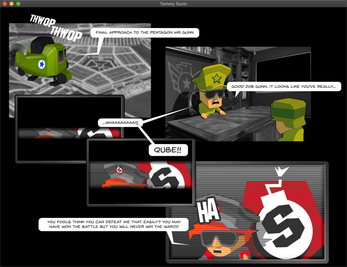 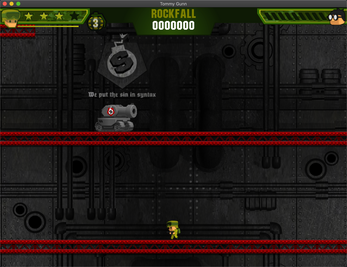 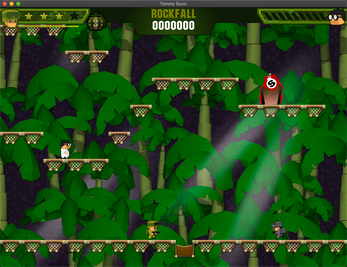