Welcome to Validius - a fun and furious shooter written for the Syntax Bomb "Reboot" competition. I'm very proud that this game was the winner of that event.

Important information for Mac users. When you have downloaded the zip file then you need to make sure you drag the app into the applications folder before running it else sometimes you get a "game not found" error message when launching it.

If you are running OSX:Catalina then this game may report an issue stating that it is damaged and should be moved to the trash. Due to a recent update from Apple regarding security, any zip file downloaded via the internet will cause an error when trying to run the enclosed app file.  The way to correct this is to extract the app from the zip file and then you can:

Note that V1.04 is now compiled via Xcode and code-signed so it's possible none of this will even be an issue but I'm unable to confirm this from my dev environment.

Esc to quit to title screen.

There are three control modes for playing Validius.
Gamepad is self-explanatory and offers the use of directional movement and firing with the two sticks on a PS4 or Xbox controller.

If you select Keyboard retro then you have normal 4 direction movement with the cursor keys or WASD. You can also use the diagonal movement keys of QEZC, as the game is tough to play with keys otherwise.

The third mode is Keyboard Drift, where you can set yourself moving in a direction and you will drift that way until you counter-thrust the opposite way as braking. Mostly it's the nearest to the control method of the original Asteroids.

I'd encourage you to use all three methods and choose what works best for you.

All the asteroids and bad guys have different damage levels. One shot just isn't going to cut it usually.

Autofire is the default because, hell, why would you press a fire button when you don't have to.

Extra life every 10,000 because those asteroids aren't going away.

The enemies mostly work on a distance focus which you should remember when shooting them down. Their ranges vary, depending on the ship type, and they're not very accurate. However get within range and they will turn to focus on you
and start coming for you. The really dangerous one won't even stop until it bashes into you.

Bad guys can also shoot asteroids. Let them do some of the work if you get a rock between them. Good luck with getting any points for it, however.

Music and Sound credits as listed in the game.

Special thanks to Qube for hosting the Syntax Bomb game coding competitions.

The music and graphics that I haven’t created are copyright their credited authors.

visit: www.syntaxbomb.com to catch up with fellow indie coders covering a variety of game coding experience and languages.

Patch 1.01 has a fix for a saved high score issue that could crash the game on the Windows platform. Additionally the maximum and starting speed for the player ship and it's shot speed have been adjusted. There is also an FPS counter in the top right of the screen as requested by a tester.

Patch 1.04 is code signed with XCode and also now compiled rather than being run through a runner. I also took the opportunity to optimise some areas and remove all unused assets. Some of the music and sound files were also still mono so they have been converted to stereo.

Very nice, great integration of sound a visuals. controls interesting. I'll have to play with a pad next time :)

Play it with a pad, mate. The keyboard controls were put in because I basically had to. I spent two days messing around trying to get something workable with the two different methods but was never really happy with that side. Put in a ps4 or xbox controller and you play it the way it really needs to be played. I made the game f*&(*ing hard which is why it really needs a pad to get any kind of reasonable score. Even I don't last that long playing it.

Thanks for your kind comments too :) 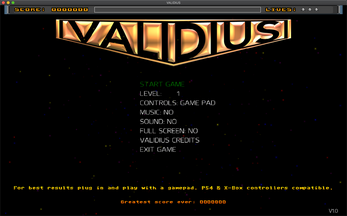 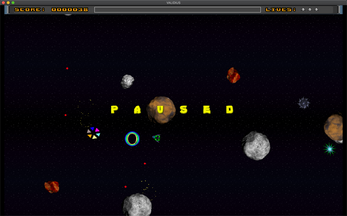 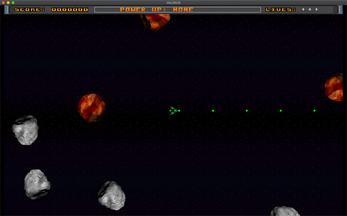 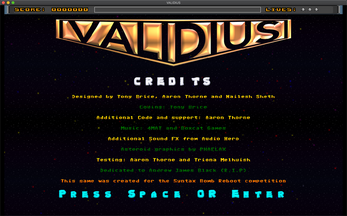 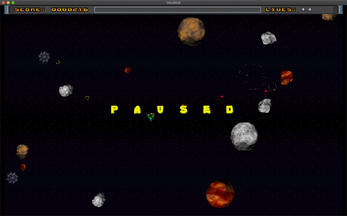